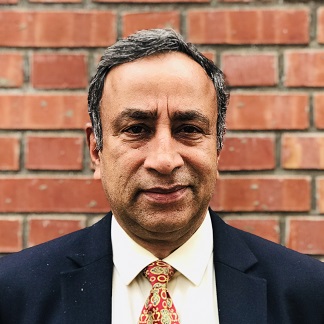 Dr. Kamlesh Misra graduated with Postgraduate Degree in Economics from Allahabad University, India. After completing his Ph.D. from Northeastern University, Boston, he taught there as lecturer until 1990. He did his advanced training in Financial Management of Local and Regional Governments from Harvard Institute for International Development, Harvard University, Cambridge, USA under an USAID funding.

He served as an Economist at the Center for Social & Urban Research, Pittsburgh University from 1990 to 1994 when he returned to India to Join as HDFC Associate Professor at the National Institute of Public Finance and Policy, New Delhi. As member of the NIPFP team, he was the technical advisor to the First Punjab State Finance Commission. He served as the Director of several Business schools in India. He has been the founding Vice Chancellor of Auro University, Surat as well as the Vice Chancellor of Ansal University, Gurgaon. He currently holds the position of Founding Vice Chancellor of Rishihood University, Sonipat. He has to his credit the establishment of three of the most successful foreign university (Bradford University, Oxford Brookes University & Lancaster University) collaborations in India. He is author of six books and has written over fifty papers in referred journals.